This is an article that was published in Montañas al Mar magazine in 2009.

“The chance to have a second life in the same body.  A life immersed in nature, and immersed in culture.  This would be to get involved in what is here as opposed to what I had already lived”.

After reading my article in a new magazine here in the zone, Raven’s flagship Montañas al Mar, an old friend approached me and took exception to one of my comments.  He was able to quote the article – the part where I mention how early land buyers here in Costa Rica’s southern Pacific zone were able to convert $1.00 invested in land into $120.00 by selling that land.

My old friend, who is seated squarely in the middle of the “early investors” group, made the point to me that the so called “early investors”, hardly had “investing” in mind.  This wasn’t what they were doing.  For some reason, this sparked my question: “Why did you move here”? And hence his answer as noted above, which I find to be profoundly beautiful, and the wisdom of which caused me to pause, and it set off a chain link series of memories as to my own reasons for moving here, none of which had to do with investing.

In my conversation with Old Friend, he talked about the day when you would buy a large piece of land, partly because that was all that was available and because that was the life that you wanted.  There certainly weren’t the conveniences here that there are now, but there was the serenity and quiet, and a chance to live “a second life in the same body”.  Granted, the thought of parceling off a piece of piece of that land in the future to reduce, or fully compensate one’s initial investment was present, but was not the key motivator.

Working in real estate in Costa Rica, one tends to get the viewpoint of valuing the land we work with in terms of “asset appreciation” and “investment potential”.  This is indeed what a certain percentage of our buyers are concerned with. However, just like some of the early investors, a number of our buyers now are life-stylers, those who are looking to live life in a way that differs from the way they’ve lived it up till now, and that have placed “asset appreciation” low on the list of criteria that they are looking for.

“Why did you move here” is a great mental exercise for us expats and migrators.  I suppose that there will be some that answer the question with: “I came to invest in land and make a lot of money”, but I think that they’d be in a minority among those that live here.

The beauty of buying land in an area such as this is that you can perhaps optimize your dreams in the buying of that land.  The land itself becomes the means by which you can live in this beautiful area of planet earth.  There are so many ingenious ways that expats find to support themselves here: vacation rentals, B & B’s, spas and retreats are all in full bloom here for this very reason.  One couple I know have cabinas, a highly rated restaurant, a decorative iron works shop and a petting zoo on their property, even though the property is a little off the beaten path.  Its hard to know if it’s a money maker, but it clearly allows them to live happily in Costa Rica.

There seems to be an irresistible push to make Costa Rica just like any other desirable destination, with all the services and conveniences of a Florida or a southern California.  There are a couple of factors here which may affect this “push” from coming through to full fruition. One is the topography.

Costa Rica is a geologically young country.  Pressed up by colliding plates, the country was thrown up by erratic tectonic pressures in an anything but orderly manner.  After living here for over 10 years I still have to carry a compass with me to establish “north” in a given location, so abstract is the lay of the land. Even if pure lucre were given free reign to define development in the zone, it would be limited by the radical nature of the topography.

And then there is the matter of consciousness.  Costa Rica news headlines are rife with reports of catastrophes and subsequent damage control that rampant development has caused in the earlier developed areas of Costa Rica.  We here in the southern zone are benefitting from the mistakes made elsewhere.  There is a genuine interest on the part of foreigners and Ticos alike to preserve this gem-like portion of Costa Rica, a consciousness that transcends the turning of a buck.

So much of how we’re doing here as a species, living in the finite space of this planet, is defined by our use of land.  Just in the last week I’ve enjoyed the conversation mentioned in this article, and others with developers, house builders and residents alike that are focused on “green” and “sustainability”, in their truest sense.

There is a construction company taking shape in Dominical that is no less than visionary in its approach to the building materials that will be used to construct human habitat.  There is a company in Canada that is about to make solar homes with thatched roofing affordable to land buyers here in the zone.  There are efforts on the part of developers to employ ecological easements to definitively restrict the further subdividing of their lots, into perpetuity – all good.

We are about to see a major change here in the zone.  More people are going to find their way here with the paving of the bumpy road that links Quepos in the north to Dominical, the gateway to the zone.  Development and progress are going to happen.  It seems to be an irresistible force in human society.  More, bigger, better.

So, why are we here?

Perhaps it’s the differences as compared to where we come from.  Perhaps it’s the value of quieting the inner dialogue that ran so rampant in our minds “back home” – freedom from media saturation – a connecting with nature and the spiritual side of things – an opportunity to “get involved in what is here as opposed to what I had already lived”.

How we answer this question may define how things look around here in the coming years.

I hear from people who tell me that they have read my entire blog. I find this difficult to believe. When I started blogging (I think this was around 2003), it was recommended that blog articles be around 1,000 … Read on... 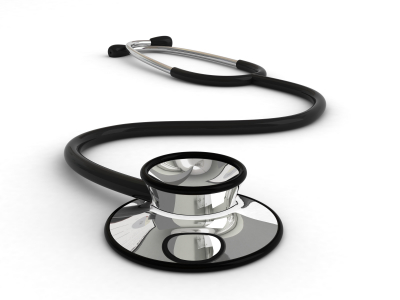 I am 53 years old and have just gone through the process of applying for private health insurance. There are two types of health care in Costa Rica. One is socialized medicine. All residents of Costa Rica are required to pay into what is called “caja” (KAH-hah) insurance. This runs me about $25 per month. … Read on... 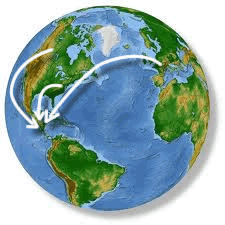 I have dedicated much of the past 7 years of my life to working in real estate in The Zone, now commonly known as the Costa Ballena. Despite having closed our office, I would like for the accumulated experience of those years to continue to be of service to those looking to move, live … Read on...

Half of my family is from Canada, eh.  My mother grew up in Newfoundland until the age of 13 when my grandfather found work in California.  The extended family that stayed behind, some later moving to Ottawa, would frequently visit us in the San Francisco Bay Area, especially during the cold, winter months.