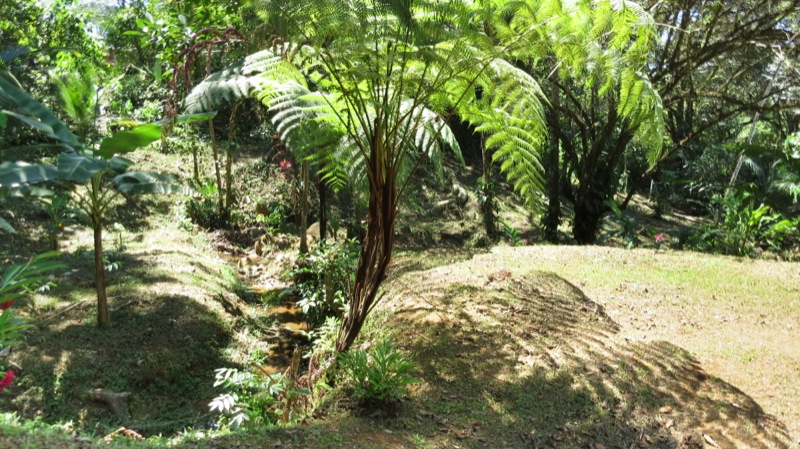 I met with a water engineer the other day at a property that I have newly listed. From that encounter, I now know more about this elusive & mysterious new law – well its not so much a new law as a new application of an existing law. They (you know, the “they” that put men on the moon and developed collapsing grocery bags) have made the decision to require that a property have legitimate & legal water on a property before they will grant a building permit.

This has a potentially sweeping effect on Costa Rica in it’s entirety. Without knowing actual figures, I’d say that more than half (and this may be a gross understatement, or not) of the properties in Costa Rica do not have a legal concession, or are not part of the Aguas y Acueductos (AyA) in Costa Rica. The effect of this for the property buyer is that they need to make sure that when they fall in love with their property here, they ask the question: “what about the water? Is it legal?”

Our experience here in The Zone is that as often as not, the answer is “no”. However, there are generally steps that can be taken to get legal water. More on this point in a minute.

This example is of the efforts being made by one of my sellers to offer legal water. This is in an established development in Uvita. It has water and has had it for years. All lots have been sold at least one time. The water is just neither concessioned nor municipal. I met with a water engineer at the property. This particular encounter serves as a good example of the water issue due to the various possibilities for obtaining legal water for this property. Here is what I wrote to the seller about the encounter:

We have 4 primary options for water on this property:

The costs are likely to be more compelling for options 1 – 3. It sounds like the hand-dug would run around $2,600. $2,000 for the labor to dig it to roughly 20 meters, and then $600 to inscribe the well so that it serves for things like getting a building permit. This offers the appealing factor of self-sufficiency and so might be considered by whomever is going to live there, or by you if it is important to you to offer it. There will also be the costs of a pump and storage.

The other 3 have the cost that Giselle (the engineer) mentioned to us of $1,200 for the concession. This involves getting ahold of (the owner of the property where the existing water originates), and getting his signature, which I will do if you confirm that this option is what you would like to do.

If you wanted to go with the river, the downside is that the water in the river can be quite contaminated by livestock and humans upriver, and would need extensive filtering. Also there is the concern of high-water times with rock movements and trees coming down the river etc… Acts of nature that destroy whatever catchment setup you have there.

The quebrada that runs by the property doesn’t have the concerns of the river however, you are a bit at the mercy of whatever might go on upstream from you in the years ahead. This was Giselle’s pick.

All options will have some additional expenses for catchment, a pump, holding tank and whatever is necessary to filter the water, however these costs are not necessary for you to sell the property.

Simply going ahead with what we had planned using the existing system might be the strongest option. This will provide a legal concession that can be used for getting building permits. The only concern that I can see is that the system might not have enough flow for when the development is built out. But, the residents of the property can always fall back to one of the other options if they want to be assured of year ’round water. I like the idea of that hand-dug.

A note on concessioning the existing system – the water originates from a spring on a neighboring property. We need to get a signed approval from the owner of that land to grant an easement to the water. In this case, the owner signed. However, if there is difficulty there, a suit will need to be filed that will certainly win.

No one owns water in Costa Rica. Owning the land that water originates on does have some advantages, but they don’t include ownership of the water.

I report on this issue because it is a hot topic that is a frequent topic amonst the real estate professonals here. We’ve all got tales to tell now about the various convolutions that the application of this law is creating. The general feeling is that the law is extreme and will likely be softened, or a more gradual application of it will be put into place. The law puts attornies in a rather difficult spot. They know the law and are being paid to protect the interests of the buyers. They cannnot professionally sign off on a land deal if they know that the water is not legal. In practical terms, it may be clear that the existing water does not pose a problem and even that the municipality will grant a building permit for the property. But still, the poor attorney (I’ll bet those are 2 words you don’t often see together (smile)) is bound by his profession to insist that the concession or municipal tap be documented before closing.