I find “temperature” an interesting consideration. I moved to Costa Rica from the high-country of Colorado USA. I think that I spent the first 2 years here thawing out. During those early years I would find myself looking at a steep driveway entrance to a house and wonder at how people would get home during winter. Hah! The climate in Costa Rica is exceptional – for the most part.

The Zone’s topography is loosely as follows: mountains coming down to the sea. So there are some elevated options, as well as some sea level options available here for the property searcher. 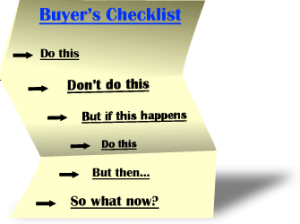 Elevation, temperature, misty, humidity, view spoiling clouds and mold. These are the next points on the checklist about buying a property at altitude in Costa Rica.

I live just a little north of Uvita in a pueblo called Playa Hermosa. My house is located at the highest point in this community, roughly 600 feet. There are times during dry season (read: summer) when I go to Uvita (just above sea level) to do my errands, and then get back home, where the air is fresh and breezy, thanks to the Pacific ocean.

So, we are here talking about a subjective concern. What kind of climate are you looking for? I have talked with some people who thrive on the “hot” of Uvita during the summer. I have also spoken with those who, like me, flee the heat.

Altitude:The official designation of the cloud ceiling within 10 degrees of the equator (Costa Rica is at 9 degrees) is 2,400 feet above sea level*. This is where you start to see the cloud forests. You know you’re in a cloud forest when you see trees that have moss hanging from the branches (among other indicators, but this one is easy).

Here in The Zone, there is the potential for clouds, mist and humidity at elevation. As a guide to making a buying decision on a piece of property, this is a matter of personal taste. My taste is, the higher the better. But, it (altitude) does present some of it’s unique conditions that are good to know about.

If your clothes, bedding and furniture are getting ruined & smelly by incessant dampness and mold, now you’ve got a problem. I’ve not had this problem in any of the areas I’ve lived in here (San Isidro, Dominical and Uvita), but I have certainly seen it, and it’s a problem to contend with.

Part of the answer lies in the design of your house. The treatment of light and air motion, as well as the intelligent use of fans, A/C and de-humidifiers all factor into the equation. The design of the house is the main thing. Design with the climate in mind. If you are at one of the higher elevations, visit the property at different times of the day. Talk with others who live nearby and see what they have to say. These people are generally all-too-happy to share their experiences with you about what worked, and what didn’t. Ask about soffit overhangs, direction of windows, keeping in mind the evening sun, types of paint, wood and so on.

I’ve been up at elevation when the clouds have come in. The homeowner goes around closing their windows to keep them out. I sat there enjoying the spectacle – no, not of him closing windows, but of the clouds coming up the coastal mountain range and buffeting the house. Man I could live like that! Others have expressed a distaste for the experience. Again: subjective.

I spoke with a friend here that lives at 2,000 feet and asked him if he has a problem with humidity and mold. He said “no” with a caveat. When he had first moved into his house, he had left it for an extended period of time. When he came home there were some dark mold spots in a few areas of the house. He had closed his house up tight. Now when he leaves, he leaves his windows open and fans on low. He now comes home to no mold.

As for the question of humidity, it may be the opposite of what one would think. It seems that there is a higher humidity down at sea level than at altitude. I can attest to this from years of driving down from San Isidro to Dominical. There was a point along the way that my family felt when we would hit what we called “the wall”. There was an uptick in what felt like the temperature and humidity. Hey, its not called the tropics for nothing. It is slightly cooler (3.5 degrees F. per 1,000 ft.)  and drier at elevation.

If you are a lover of the ocean view, you will end up buying a property at elevation, at least a little bit. The coastal mountain range in The Zone is as diverse as can be.

Costa Rica is a “young” country in geologic terms. North and South America existed for some time as distinct and separate countries that were eventually joined by the land bridge that is Central America. It would seem that there were a number of forces at work, determined to make this bridge.

I had never thought of this, but I had it brought to my attention recently by Jack Ewing of Hacienda Baru fame, that despite being known for its volcanoes, all of Costa Rica’s active volcanos are in the northern part of the country. The southern part, where The Zone is situated, appears to have been formed by tectonic plate activity. Interesting. Volcanic to the north, tectonic to the south. Sounds like a nicely coordinated effort.

I say all that to get to this point. The geology of The Zone is diverse. There are areas where the soil is as stable as can be. We get what are almost routine tremors throughout the year here. The Ticos start getting a little nervous when there haven’t been any for a while. The thought is that if there hasn’t be a pressure release on what is underfoot, there could be a big one storing up.

I’ve been through some rather exciting shakes here, but nothing that knocked a TV off it’s place, nor anything like that. But seismic activity is good to be aware of. Also, intense rains. We are, after all, in the rain forest.

So, as you look at your properties, and wonder how the property you are enamored with will handle the shakes, there is something that you can do that will take the guess work out of it.

A soil analysis is a feature of roughly half of the raw-land sales that I’m involved with. The geologist will take a number of samples from different areas of your building area, and give you a detailed report on what it can bear. If you were thinking of building a 3 story, cement block house, he may just come back to you and say that you’ll need to keep it to 2 stories, or build with lighter materials and so on. The results are quite impressive and can make for a successful land purchase of a mountain property.

Up next: Solar Power, Hot Water, and Distance from Amenities

Info thanks to a friend who lives in Costa Verde

Steepness of terrain for building