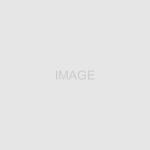 This is part 2 of the Struggles of Conscience series. If you missed part 1, please click here

If you are a reader of this blog, you know about my 70+ client Ruthie. Well, I am a little behind in cataloging her journey of selling out of her Florida home and relocating to Costa Rica. But she is here now, totally re-located. We are in the process of looking for a car for her.

We were at a hardware store the other day and saw a car outside the place that I thought might be appropriate for her. We stopped to talk with the owner of the car and he proceeded to tell us how he wanted to sell his car, and in fact, he also had a house to sell, surprise, surprise. In this discussion he let slip that he would be looking for no less than $500,000 for the house. I felt that he was preparing me for the high number he wanted for his property, but it didn’t seem out of reason, based on the description that he had given me of the property. So we exchanged numbers and set up for me to view the property a couple days later.

The house sits on a promontory that has another land owner’s promontory in between it and the ocean view. So the view of this property is mitigated by the other guy’s trees. There are parts of the view though that are quite nice. If you walk out to the edge of the main house’s site, right next to the small pool, you can see all the way up to Quepos. Relative to the other houses in the area it is a “fair” view. The land there is sufficient legally for 3 or 4 other lots.. Of course, in this part of Costa Rica you never want to assume that since you have sufficient acreage that you will be able to actually use those acres topographically and forestally (that word, although not found in dictionaries, means “trees that can’t be cut”). I have seen 10 acre parcels that have 1/4 acre of usable land and that’s it. This land seemed to actually be usable though. It was entirely conceivable that the land could be subdivided into the 3 lots that he showed me on our walkabout.

So, after our tour, we sit with a glass of lemon water and wipe our brows to discuss the business side of things. He asks the dread question: “how much do you think my property is worth?” Now, mind you, he had leaked to me that little point outside the hardware store of wanting no less than $500,000. Also, during our walkabout he made it pretty clear that he was a savvy international real estate investor with a degree in economics. He has bought and sold more real estate than I likely will ever handle in my career. So, I’m just a little bit intimidated. I forge ahead, nonetheless. I am, after all, a bit of an authority on the values of things in my little neck of the global real estate market. So, I proceeded to recite the values of a number of houses that were on the market and that had sold in the vicinity with their asking prices and selling prices as comparables, and concluded by saying, “so I would say the value of your property is somewhere between $500,000 and $550,000”.

Turns out that one of my fellow realtors had beat me to the punch with this particular seller and had given him a price in excess of $700,000, which of course, the seller was delighted to hear. The reasoning goes that, if someone could buy this property and subdivide it and then turn around and sell those lots and make “X”, why shouldn’t he, the original seller of the property, be a beneficiary of that fact? Sound reasoning right? Yeah, I suppose, what with the bottom line and all. The property was a nice large estate piece that, in my opinion, should stay that way, and that I would have marketed that way. As such, it had a value of what I mentioned. I explained my conservationist concerns to the seller. Costa Rica is in danger of being cut up into the smallest possible chunks except when someone decides to not, which does happen, but I fear not nearly enough. As this particular seller said to me, “I love nature as much as the next guy and want to protect it. But business is business.”

It isn’t hard to see his reasoning on the matter. And perhaps mine seems a bit idealistic. But if he were willing to take a bit of a hit on the price, although by his own admission, he was making a killing on how much the property had appreciated since he bought it, and if we were to market it as a single, estate piece… granted, the next guy could buy it and cut it up since there is no law against it on this particular piece. But, what if, (there is that Universal qualifier “what if”), “what if” us Realtors consistently promoted the point of view that “X” acres is small enough? Wouldn’t that effect some sort of influence for the conservation of what makes Costa Rica so darned appealing? Maybe of three such land sales, one would turn out different as a result of such a presentation, but isn’t that far better than pure ‘bottom line’” thinking?

The reasons that we North Americans love Costa Rica so much have everything to do with the catharsis of being in a land that has so much nature in it. We may not even consciously understand why we love it here so much. But I contend that the abundance of nature all around us here has an awful lot to do with it. High density human habitation has been proven to run the animals and birds out, effectively negating the positive things that we moved here for in the first place.

In this particular scenario, I lose. My cohort in real estate is going to win the listing. But what if – what if this seller had heard the “keep it large” idea from my peer, and then heard it from me, and then maybe heard it from the next realtor he invited to help him appraise and market his land? International economist with vast real estate development experience be damned, I wonder if he wouldn’t stop and consider letting us market the land with that bent: “this is not really a good development piece. Sure, there is room here but your neighbors all have large estate parcels and consequently, there is lots of wildlife here. We are hoping to keep it this way.”

This article is the second of my “Struggles of Conscience” series. I hope to here explain how I feel that a borderline tree hugger like myself can in fact effect a healthy influence in this amazing part of the globe from within the industry.

I know, you are thinking: “what an idealist”. You may even doubt that the idealism would hold up when the bucks really get flowing. Well, I would hope that the integrity would hold. My father used to tell me about the guy that approached the gal and said: “Would you sleep with me for $1,000,000?” to which the gal replied “of course”, to which the guy says, “would you take $10.00?”, to which she says: “what do you think I am, a whore?” His reply: “we have already established that, now we are just negotiating price.”

There is going to be one more installment, well that is the plan right now, of the “Struggles of Conscience” series. Part III is going to give an example of the ideal in practice, on it’s own, with no influence from me. I am an observer of it, and I’ll relate it in it’s detail. Stay tuned…

You can be notified of any new articles in this Costa Rica Real Estate Blog by using the little form thingy in the upper right hand area of this page.

3 Responses to “Struggles of Conscience II”