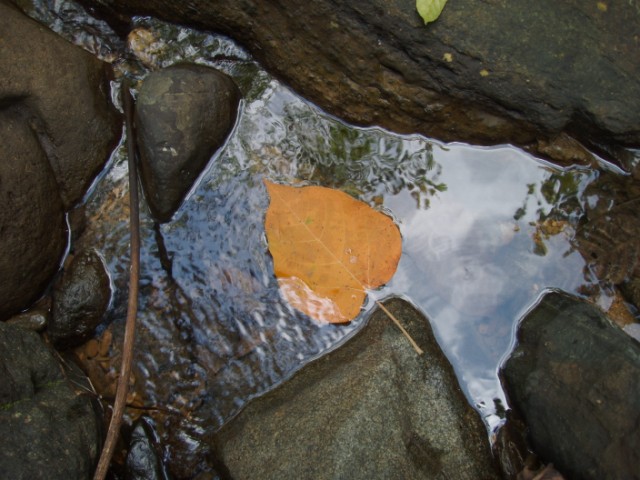 Recently, I had the good fortune to visit a friend who gave me an excellent book called “The Heart of Dryness” by James Workman. Although this particular book is about the socio-political struggles of the Bushman of the Kalahari Desert, it sparked a deeper exploration into a topic I believe will jump to the forefront of everybody’s conversation in the near future— water. Access to fresh drinking water is already one of the “big three” infrastructure necessities (along with electricity and good roads/access) when looking for property in Costa Rica, hence the motivation for this article.

I will save my thoughts on the impending collision between over population and global warming (two forces which, in a nutshell, will have a dramatic effect on fresh water availability and global food production).  However, I do want to share a few thoughts and discoveries about water in Costa Rica, as I believe it will continue to move up the list of positive reasons why people will be moving to the Southern Pacific Zone.

Unlike some of the coastal areas in Guanacaste and Nicoya, The Zone has an abundance of fresh drinking water.  There are two main reasons for this fact— (1) rainfall and (2) less development.

For the Southern Pacific Zone of Costa Rica, rainfall ranges between 120-160 inches annually, with the rainy or “green” season (May-October) supplying the majority of this annual total.  My experience has been that the sun shines almost everyday in the rainy season, typically in the morning to mid-day hours.  Residents of The Zone thoroughly enjoy the 20-30” of rain we do receive in the dry season (3 hours last night, in fact), and the lush, green vegetation it stimulates.  In contrast, the popular coastal region of Guanacaste (Tamarindo, Flamingo, Papagayo) receives only between 40-60 inches of rain annually.[1]

Approx. 35,000 people live in the Osa Canton of Punta Arenas (think of a canton like a county within a state), which roughly includes the coastal area between Dominical and Palmar.  Unlike The Zone, Guanacaste’s coastal region developed rapidly over the past 15 years.  According to the Minister of Tourism, it is the #1 Canton for tourism, specifically the coastal areas.  This influx of world travelers, especially in the peak dry season, puts an added demand on water resources.  Without question, the agencies and residents are benefiting from these growing pains experienced by our neighbors to the north.

Part of the reason for this “gold star” is the government structure.  AyA (Aqueducts and Sewers) is the main government agency that manages water in Costa Rica.  Although many subdivisions and larger farms in the Southern Pacific Zone have their own water sources (springs or surface water like—rivers and streams), most of the towns and pueblos get their water from AyA-managed water delivery systems.  Those smaller, rural communities in the region have been encouraged by AyA to form ASADAs (Administrative Associations for Sewers and Aqueducts) to become eligible to receive AyA assistance in constructing and operating water systems.  ASADAs make up nearly ¼ of the water provisions in Costa Rica.

“At 82.2 per cent, Costa Rica has one of the highest rates of population with access to safe drinking water in the Latin American and Caribbean region.”[2]

The vast majority of water in the Southern Pacific Zone is either (1) safe to drink from the tap or (2) treated with chlorine and safe to drink from the tap.  There are cases of people living below cattle pasture or near commercial industries where run-off has led to water-born illnesses and toxins, respectively, but these are few and far between along the coast.  I live on a farm where we drink our water from the tap, and I feel very fortunate to have clean, chlorine-free water on demand.

Properties that are served by mountain spring water tend to be fresher and with a reduced risk of water contamination.  Over 50% of the property we sell is located in a development of some kind.  These developments range from those that have received a water concession and those that are at some point along this process.  Either way, these developments have invested in basic infrastructure, or the “big three”– water, roads, and electricity.  We also have many clients requesting information on these larger properties with independent fresh water sources, when they become available.  One beautiful 50-acre listing, Finca Uvita, has two springs on the property and touches the Ballena River for over 1/2 a kilometer (or 1,660 ft).

Whether you buy a large farm like Finca Uvita or a viable commercial piece in central Uvita, you will intrinsically benefit from a growing area and an abundance of water in The Zone.

[2] STATEMENT BY THE UNITED NATIONS EXPERT ON WATER AND SANITATION, March 2009