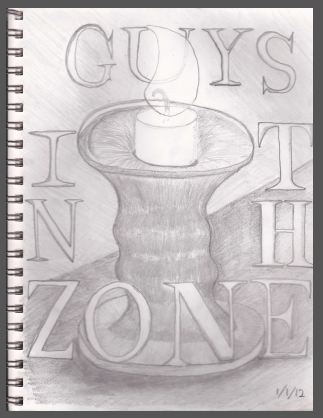 I subscribed to a new blog on my Kindle last night.  I am now paying .99 cents a

month for content that can be seen for free by going to www.sharpbrains.com

I am willing to make this investment cuz, as many of you know; I am finding that there are brain changes afoot at this period in my brain healing. I am right around the 20 month period from my brain trauma incident, and I am finding the doing and learning of new things to be right up there with some of the more enjoyable things that I have ever done in my life.

In my recovery I have had numerous fascinating interchanges with people who really have come out of the woodwork of my life to check in on me and see how I’m doing with my healing. One of these was a man who is a successful therapist of some sort from New York. He is the one that suggested to me that I might look into adrenal fatigue as a possible cause of my depression and tiredness. That mixed with a touch of PTSD (Post Traumatic Stress Disorder) can really goof a guy up. I set about addressing the symptoms of adrenal fatigue and I am now of the view that that bit of counsel was a huge help.

Right along with that choice morsel of guidance, he said “Ben, you should use your brain”. His feeling was that since I had parts of my brain now that weren’t being used, it was/is important to use my brain so that it is stimulated and I then can reduce the amount of atrophy in the parts that used to be used by what is now “missing” memory, and also the vision centers that my now blind left eye no longer needs.

This suggestion to “use your brain” is one of the coolest suggestions I think that I have ever had.  Now, as I go through my days, I am looking for ways to challenge the gray matter.  I am paying attention once again to Spanish as a language and am learning new words and aspects of the language that I didn’t know before. (I had gotten into a comfortable plateau with the language and had essentially stopped paying attention.)

I have also taken up drawing, which is becoming my heart’s desire. This is a very strong indicator of a fundamental change happening in my brain structure.

The high school that I went to was a private Quaker affair called John Woolman up in the foothills of the Sierras in northern California. It was a college prep type deal with a strong emphasis on the arts. The principal of the school was a phenomenal drawer-person.  He claimed that he could teach anyone to draw.

Now, this gent was no braggart. He was a very mild, soft spoken sort that was merely stating what he felt to be a fact. I was so far removed from being able to draw that I felt that this would be an interesting challenge. Right about in the middle of my second year with this man and his class, I handed him my drawing supplies and said “no you can’t” and left.

My drawings are nothing to talk about really, but they are an indication to me of the joy that I think we can all have, from the act of using our brains.

I’m sharing this thought as we start a new year.  I have recently tried to drink alcohol, after several years of not, and found that the effect on my brain was not so good.  It was really this that reminded me of my condition of being in recovery from brain trauma.

So, avoiding the conventional method of observing the digit change from 2011 to 2012, (I was in bed by 8:30) this benchmark is being observed in my life by writing this update… and drawing. I spent New Year’s day drawing the picture at the top.

The New Year coincides with the start of a New Season here in Costa Rica’s southern pacific zone. We have had a real press of visitors.  One would never know that there is a recession out there. I am among the worst offenders of being “unplugged” from the media world, and so I admit that I really have no idea what the media would like for us to be thinking at this moment. Maybe it is saying that there is a genuine recovery going on now, or maybe it is continuing the “end of days” mantra that it has been chanting over the last 3 years, I don’t know.  But, in looking around at the amount of activity that is going on in our little real estate office here in Uvita Costa Rica, and at the grocery store parking lot across the street, it would appear that people are still able to travel.

So, the blog mentioned at the outset promises to be a good find.  But I have also been using the web site www.lumosity.com.  I pay their annual subscription of $80 to have access to their “brain gym”.

Finally, as I progress along this path of recovery, each day presents new insights and reminders that “this moment” almost didn’t happen for me, and so I find myself fascinated by life’s moments, as they stream by. I try and slow them down so that this moment can really reach full saturation.

It is good to be alive.

1 thought on “Use Your Brain”