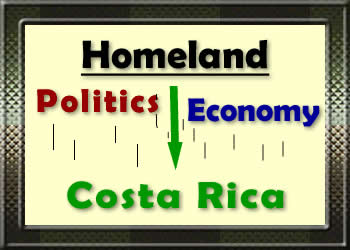 I met a fellow the other day who has just moved to Ojochal. He’s been here all of 5 weeks, but he totally sold out and has moved here to “simplify, and lead a self sufficient life”.

This gentleman is not alone and in fact, this is a growing scenario amongst those that move to Costa Rica in general, and The Zone in particular.

As I mentioned in my last article in this series, there are pushes and there are pulls that cause people to consider a move to Costa Rica.

The demographics of movement to The Zone have changed in recent years. Whereas we used to primarily see hearty adventurous souls and retirees moving here, we are now seeing young families, couples and single people moving here. The gentleman quoted at the start of this article is in his upper 50’s.  He has just moved, lock stock and barrel to Costa Rica because he feels that the U. S. is a sinking ship. His “pushes” are primarily political and economic.

In discussions with recent arrivals, as well as consultations with folks looking to move here soon, there is a shared feeling that Costa Rica would be the place to ride out what they feel will be the coming storm.

Political: 2004 was the year that I started in real estate in Costa Rica. The land boom started with a vengeance. There was lots of cash around, and there was a sector of re-locators that were disillusioned by the fact that George Bush got re-elected, and this, it was arduously contended, under questionable circumstances.

I saw a replay of that event with the recent U. S. election. People on both sides would say: “if Obama gets elected, I’m moving”. Or: “if Romney gets elected I’m moving”.

I noticed that the outcome of the election, regardless of who won, affected my real estate business here in Costa Rica for the good.

This has caused me to wonder if there really is more discontent now for some reason. Frankly I don’t know, and here’s why.

Whereas many who relocate to Costa Rica are retired and so have a steady pension income, many don’t. A good percentage of those that make the move have “making a living” as one of the concerns that needs to be addressed. And, many are finding ways to support themselves here. I wonder if the level of discontent with the political situation is actually higher now, causing people to leave their home country, OR if it is simply a function of the fact that there are now more options for supporting oneself in a foreign land. The Internet being a major player in this.

Hard to say. Politics is a passionate subject for many and I think it always has been.  It could be that we live in a time when the option to move is more viable than ever before, and/or, it could be that the political conditions have worsened to the point where people will leave their country, regardless of the difficulties incurred.

The fact is though, that there is a growing number of people looking for what options exist here on the planet for a dramatic life change that will help them to manage the current and coming changes.

Since another planet is not currently an option, Costa Rica ranks high in the list of options on this one.
Economic: I think that Costa Rica can be likened in today’s world, to gold.  There is a rush to buy gold – why?

over the four years during which QE-1 (Quantitative Easing) and QE-2 were at work, the S&P 500 is up little while the price of gold has doubled. In short, investors have lost ground since QE began; any increase in the dollar value of the S&P having been more than fully erased by dollar devaluation.
www.forbes.com/sites/johntamny/2012/12/08/ben-bernankes-quantitative-easing-the-monetary-policy-of-the-adolescent/

Lower interest rates encourage people to spend, not save. But when interest rates can go no lower, a central bank’s only option is to pump money into the economy directly. That is quantitative easing (QE).
http://www.bbc.co.uk/news/business-15198789

For the “type” of person that pays attention to such things, the Quantitative Easing efforts (now on version 4 in the U. S.), is the handwriting on the wall for the demise of the U. S. dollar.

Currency that a government has declared to be legal tender, despite the fact that it has no intrinsic value and is not backed by reserves. Historically, most currencies were based on physical commodities such as gold or silver, but fiat money is based solely on faith.

Most of the world’s paper money is fiat money and many feel that the U. S. dollar fits the description. Historically, all fiat currencies have failed.

This is just to mention a couple of the economic points that are mentioned by folks who are concerned about economic conditions and consider a move to Costa Rica.

The point here is not to debate viewpoints and opinions of these issues, but to report why there is a growing move to countries such as Costa Rica. Of course, Costa Rica is also affected by these issues. It is a U.S. dollar based economy here, so there is no illusion that the move is to escape world economic conditions, but instead it is perceived as a way to manage these conditions.

Suffice it to say that there is a large amount of insecurity in the economy. This “pushes” some to move to a land where they feel they can reduce their dependency on the state of the economy.

We live in a time when political and economic issues trump environmental, and so I start with these pushes.  Generally, when there is an “either/or” issue regarding the economy or the environment, and where the decision will have an adverse effect on the the losing side, “economy” will most often win and “environment” will lose.

This prioritization scheme has resulted in environmental issues that some claim threaten our very existence here, or at the very least, life as we now know it.

Up next: Environmental Pushes and why these pushes make a move to Costa Rica attractive.