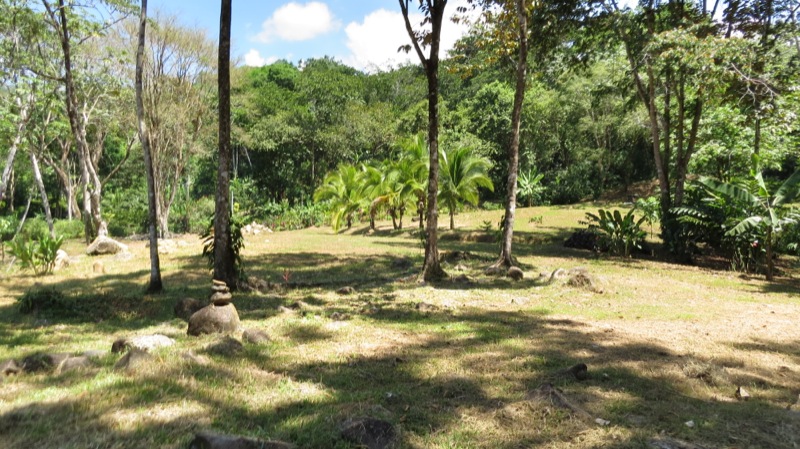 We are in high season here in the southern pacific zone. The months of November through April are typically when there are more tourists here than during the rainy months.

There is another type of “high season” happening right now as well. This has more to do with world conditions. I know, those from the States are going to think that Mr. Trump is pushing many to look elsewhere. And I suspect that this is true to some extent. I think that Mr. Trump has been good for my Costa Rica real estate business. I think Mrs. Clinton would have been as well. Such is the world that we live in.

However, our property buyers here are not just from the States. We’ve got buyers from Canada, despite their currently weak currency. These people are buying property and essentially paying 30% – 40% more due to the exchange rate on their currency. One has got to wonder – why?

France, Germany, Great Britain – all are providing us here with buyers. Again: why? There are economic, political and security issues happening in various areas of the world. I suppose that greater analytical minds would come up with the cause and effect links in trying to answer the question. But I find that there is one common thread when I talk with these people.

The Reason:
Stress is pushing, and the promise of less stress, is pulling people to consider a life in Costa Rica. Simpler living is highly attractive. Costa Rica offers this and it (simple living) seems to be the antidote to whatever may be happening in one’s home country.

Uvita, Dominical, Ojochal and the surrounding areas that make up Costa Rica’s southern pacific zone are all seeing an influx of buyers. But there is more. There are some big-money players who are making some moves here that are notable. There are condominium complexes being constructed, and sold at a good clip. There are town homes, urbanization projects and upgrades to some of the antiquated infrastructure in some of these areas.

There is some talk of giving Uvita a facelift. This is much needed. With both Dominical and Ojochal, you turn off the coastal highway and drive into the town. In Uvita, the highway passes right through the town. Up till now its growth has happened with hardly any attention to the aesthetic and it is essentially a strip-mall, Costa Rican style.

This is a pity since Uvita could really have been (or be made to be) one of the most beautiful towns on the planet. So if these well funded entities see the beautifying of the town as in their best interests, great! Although it’s hard to imagine what can be done, short of tearing the whole thing down and starting over again.

The Envision Festival is going on currently. This has become one of the largest events of the year. Kudos to the organizers. I’ve heard that 7,000 people attended last year, but that about half that number are here now.

Some of the Ticos complain a bit about Envision, claiming that the drugs, nudity and general licentiousness is disrespectful to their culture. I suspect that there is some truth to these allegations, but for me, I’ve never met an Envisioner I didn’t like and the festival provides a time of some fascinating people watching.

I’ve not  personally ever attended. I can hear the music from my home well, the bass notes anyway, and I routinely provide rides to those thumbing to the grocery store and back. There is also the complaint of them being a bit odoriferous, but I can’t speak to this having lost my olfactory sense some years back. So I get along fine with them in my car and always enjoy their upbeat spirit.

So between the time of year and world conditions, sales are good here in the Zone’s real estate market.

About Property Prices:
During the recession, there was not much of a market here. It hit hard and us realtors languished waiting for the anomalous inquiry that might result in a sale. I actually got into brokering hard money loans during this time in an effort to not only make a little commission, but to also help some land owners to not lose their properties.

Prices plummeted during the recession. This was an interesting time. The pre-recession time was a “boom”. The biggest challenge for a buyer then was being able to find an available real estate agent. I felt like I should put a Baskin Robbins “take a number” device at the door. Some of these buyers were our good-old bread and butter retirees, looking to retire to Costa Rica. However, there were lots of folks who refinanced their homes and then found themselves cash-rich and wondering what to do with it. The causes of the recession helped to fuel some of that heady boom and resulted in pushing prices up to a rather silly level.

So the fall of pricing some 40% – 50% during the recession could appropriately be called a correction.

Much of our land here is still at recession pricing. There hasn’t been a big upward push on prices since then. The demand for houses is strong and so we’re starting to see some upward movement there – all very rational though. This is no heady boom. Its simply that the inventory which was glutted post-recession, is finally starting to get mopped up. This was inconceivable in the years following the recession due to the glut.

I still get asked sometimes why it seems that everything is for sale. I find this interesting since I have to really work to find properties for some of the criteria lists I build for my clients.

Yes, I suppose everything is, in fact, for sale, at some price. However, finding what you want, finding that screaming ocean view with good access and amenities nearby, and all this in your budget, can sometimes be a bit daunting.

And then there is that wonderful amenity “simplicity”. I wonder if this could be put at the top of the list. Right up there with “ocean view”. I’m thinking that this one amenity is the primary mover of the current strong market we’re seeing here in The Zone.