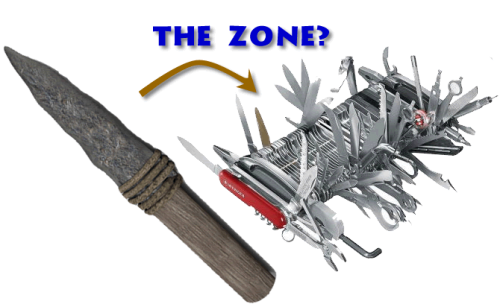 I’d say that about 1/10th of my time spent with people looking to buy property in Costa Rica’s Southern Pacific zone is spent in the actual buying/selling of property. The other 9/10ths is a mix of conversations regarding what’s involved with living here, as well as discussing the business of real estate in Costa Rica. 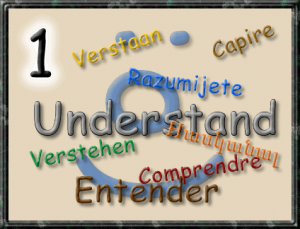 At its core, the lack of an actual MLS (Multiple Listing Service) colors all aspects of the business here, and I’ll go into that later on in this series. To really understand the business of real estate here, I have found it helpful to go back in time and see the progression of events up to the present. This helps to not only understand the current market but also, to project what is to come.

I made a sale on my first day in the business. A $60,000 gorgeous ocean view property sized at around 2 acres.  The property featured Uvita’s Whales Tail front and center. That property has gone on to have a lovely home, guest house and pool built on it. It has been re-sold and enjoys a stellar vacation rental history (link to rental page on HomeAway)

Quick overview of The Zone:
The Zone is made up of a string of 3 towns with Dominical at its northern end. The northern boundary is not a hard line but is decidedly fuzzy, easily extending up to Hatillo and at times, up to Portalon. (link to Hills of Portalon Development).

From Dominical heading south on the coastal highway you get to Uvita and then further south, to Ojochal. The area between Dominical and Uvita has a nicely laid out mountain range that runs parallel to the ocean. Hence the handle “coastal mountain range”. This means that you can travel inland from the beach just a short way and get to elevation where it is breezy and cool and offers expansive views of the ocean and coastline, attributes which make this area extremely desirable to investors, relocators and migrators (part-of-the-year residents).

More History:
Before the incoming press of foreign interest in The Zone, the Ticos (Costa Ricans) owned all the land, and their land holdings were always in the multi-hectares (1 hectare = 2.48 acres. Think 2.5 to make it easy).

There was a time in the not too distant past when land in Costa Rica was nearly value-less. There were land-grant programs whereby a man simply had to be willing to take responsibility for a property and the government would “grant” him the land, with conditions.

At that time it was not known that “nature” had a lucrative aspect to it. Instead nature was largely viewed as “in the way” and needed to be tamed, subdued, or eliminated. So, one of the conditions to receiving a land grant was to cut the trees down and raise cattle.

I suspect that this era may have coincided with the “McDonalds” explosion. This is an arguable point, so let’s just say it coincided with an extreme demand in the U. S. (and world) for beef.

After some time of cutting down enormous canopy trees and attempting to raise cattle in former rain-forest environs, there was a shift in our world’s appetites; nature became (and is) an important commodity. Granted, beef has continued to be an active commodity, but it was also learned that former rain forest land doesn’t necessarily make for the best pasture land.

Raising cattle in Costa Rica was a daunting struggle. The farmers found themselves up against nature. Having to maintain former rain forest jungle land in “pasture” condition presented its trials, as well as the fact that the beef business (exporting meat, bureaucratic inefficiencies, and 3rd world infrastructure or lack thereof) made a guy scratch his head and wonder if having all this land was such a good idea.

The Tico culture was/is multi-generational. These large, granted tracts of land, would end up being populated by the man who acquired the land, his now grown sons & daughters and their families, and the grand kids (soon to also have families.)

So despite having lots of land, a condition that in first-world countries equates to being wealthy, these farmers were “subsistence”. They lived off of what their land produced. As a child would grow to adulthood, Abuelo (abuelo = grandfather) would simply build them a house and apportion off some land (or not) and they would continue on contributing to the sustenance of the family. The land itself was not thought of in lucrative terms. It was a simple fact of life.

Abuelo just happened to acquire a land grant on, let’s say, 60 hectares of land that reaches from the inland side of the maritime zone on the coast up to the highest point of the coastal mountain ridge. He’s not thinking “oh boy! I’ve got some ocean view land here.” No, he’s thinking: “man I hope this land is fertile.”

Enter foreigner:
One day Bob, a tourist, is exploring the area and decides that he’d like to buy Abuelo’s property. Bob offers Abuelo $60,000 for the land. Abuelo has never even considered the remote possibility of maybe someday having such a sum. In fact, he’s never even seen that much money. He talks it over with his family and they (very understandably) feel that this would be a wonderful thing for them to do. So, they sell their land.

Bob is a visionary. He sees what is likely coming and so he stakes his early claim. Now, keep in mind that there is no electricity to this property, the access is horseback and the water is from an onsite or nearby spring that is bubbling out of the ground. Abuelo has run a pipe from the spring to an elevated storage tank near the family homes. Bob qualifies for the handle “visionary” in that – what foreigner in their right mind would possibly want such a remote and forbidding piece of land?

To understand this is to understand the element that is credited with making the world go round. We all have different likes and dislikes. I wonder at the likes of Steve Jobs, Bill Gates and Paul Allen’s and their focus on the personal home computing idea at the time that they had that focus. I’m not of this ilk and so my hat is off to such ones. I view the early investors here in The Zone as being made of the same stuff.

In looking back over the history of the first wave of investors here, I marvel at their foresight. My then wife and I looked at some Whales Tail view property in Uvita around 2002 and, despite its being gorgeous and nicely priced, I felt that it was simply too remote. This was in the same area where 2 years later I sold my first property.

Ok, so I said that to understand the real estate market here in Costa Rica, it helps one to know a bit of the history. Granted, we’ve gone back to what I appropriately call the first-wave of intrepid and visionary investors – The Visionaries. We’ll continue on in the next article with Bob’s next steps and incredible gains on his visionary act.