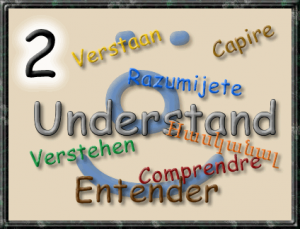 In Part 1 we considered the early foreign investors in real estate here in Costa Rica’s southern Pacific zone.  The idea being that in so doing, we’ll have have a better understanding of the real estate market here. We continue now with Bob (early visionary investor) as he proceeds to segregate and sell his large parcel (finca).

Bob’s vision for what is to come is so clear (to him) that he recognizes that he essentially stole the gorgeous ocean view property that he now possesses. The plan is to sub-divide the large property (finca) into smaller parcels and sell them at a considerable profit.

He takes his 60 hectare (150 acre) finca and segregates off 5 hectares and puts this on the market at $60,000, the price that he paid originally for the entire finca, leaving 55 hectares as a pure profit proposal.

Now granted, I’m fabricating the name and the transaction. But this I do as a composite of various such transactions that I was aware of at that time. What I experienced when I got into the real estate business here in 2004 were the ripple effects of not just one deal like Bob’s, but the after-effects of many such deals.

There is some historical precedent to the investor phenomenon that transpired at that time. Well known examples are: the dissension regarding Alexander Graham Bell being the actual originator of the telephone. Elisha Gray applied for the patent on similar voice technology, essentially on the same day as Bell. Alfred Wallace and Charles Darwin both – independent from each other – came up with the theory of evolution at the same time. It was essentially the luck of the draw that Darwin is credited as the author. And to look at the advent of American Contemporary art in the New York art scene with Jasper Johns, Andy Warhol, Rauschenberg, Roy Lichtenstein and on, is to see one of the strangest examples of unrelated, converging visionaries.

I wonder at this “phenomenon”. It is recurring in human history. Unrelated individuals and groups, all at roughly the same time, turn their attention to something. It’s almost like some cosmic force directing select ones to go and do a thing. Ok, not to belabor this point, but I find it fascinating. I mean, I could understand one guy. And then maybe that guy talks to someone else about what he’s doing and they think it sounds good and so they do it also. But unrelated, concurrent action??  Por favor!

Well, barring an un-quantifiable cosmic event from our understanding, I can only suggest that this is simply the way of the world. “Progress” of civilizations. The time had come for this gorgeous country to be discovered and exploited for what it had to offer – its riches. And, as it turns out, there were plenty of buyers.

There were several Bob-like visionary investors who converged at roughly the same time in the early days of real estate here in Costa Rica’s southern Pacific zone. These all went on to see enormous returns (turning $1.00 USD into $120.00+-) on their relatively paltry investments. A couple of the best known Dominical-centric examples of these investments are the areas of Lagunas and Escaleras and to a lesser degree, Hatillo.

We are now getting to the time when I began work in Costa Rica real estate. These were the conditions of the market at that time. The majority of real estate sales at that time were of raw land, and this was despite the majority of buyer’s initial request was for an existing home. There simply weren’t many to pick from. The inventory was primarily raw land. After looking at the available options for existing houses they would go to the default position of buying land and either building, or holding the land for a future purpose.

The houses at that time were difficult to sell, despite the common preference of the buyers to purchase a house. Those early arrivers to the area were somewhat unique. I like to say that we were all a bit “out of round”. We had decided to move from our homeland to an area of the earth that was certainly not the most accommodating of environs. What houses there were, were frequently expressions of that individuality that brought them here in the first place. These were not homes for the general market. Some were lovely in their uniqueness while other were, quite frankly, atrocious.

What I came to call the “Costa Rica Formula” for buying land had a couple of iterations. The visionaries were the big winners of the formula, but those that bought from them were also beneficiaries of having been early arrivers on the scene. The formula was to buy one of the available segregations from a Visionary. Despite having been segregated from the mother farm, these properties were generally still quite large by today’s standards, commonly consisting of multiple hectares (1 ha = 2.48 acres). To then cut off a marketable piece of that parcel and sell it, effectively reducing or eliminating the initial investment principal. Buyers at that time could almost all count on this being an option.

In 2004, some of the Visionary’s pieces  were available, as well as the lots being made available from those that they had sold to.  And there was quite a lot of work being done to bring more to market. These were the days prior to the big crash of 2007/8. The reason for the crash fed the formula, and the market spiked. We were in a boom.  The sub-prime market made for an unreal and absolutely illogical availability of money to homeowners in the U.S. This was the market I started working in at that time.

My thought is that the spike in demand, and the subsequent prices, is one of the many ripple effects from the sub-prime lending mortgages thing that resulted in the demise of the global economy in 2007.  Not to belabor the point, but I think that it’s important to understand this as, here we are some 10 years later, and the effects of the “spike / crash” on the market are still very present. I’ll get to this more in a following article on present day conditions.