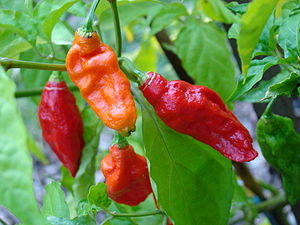 Blue Zone did 24 sales in November and 16 in December, nicely closing out the 2017 year and calling to mind the feel of the market in the heady market years of 2004 – 2007. Back then the main concern of property buyers was finding an available and attentive real estate agent. The main topic for conversation amidst the real estate agents was: “do you have anything to sell?”

This may sound like an overstatement. I smile when I hear visitors say “it seems like everything is for sale here”. I can’t disagree with this statement, so, what we’ve got here is an oxymoronic situation. Everything seems to be for sale, but it is becoming increasingly difficult to meld a buyer’s stated criteria with a selection of choices pertinent to that criteria. In other words, it ain’t so easy to find you your property.

If the buyers were simply looking for something to buy – piece of cake. The problem with you buyers is that you want certain attributes:

We are just starting to see prices moving up. The “recovery” from the recession (I find that to be just such a diplomatic, if not PC, way of describing that time when so many lost all they had) has had an interesting effect on our market here. Those heady times just prior to the (ok, let’s call it what it was) crash were irrational. 2004 – 2007 we had buyers lined up at the door and we scrambled to find them something – anything, that they could buy. Buyers would compromise their criteria standards recognizing that one of the principle attributes of the property that they would buy was that it be available. This may seem like an obvious point, but at that time, you could have put available at the top of the above list.

People had money in abundance and it was gotten by something as simple as doing a re-financing of their home. Easily gotten money in abundance, plus not much inventory, equals = a silly spike in the price value of property.

Fast forward to the “recovery”. We all survived the recession. I can say this because if you’re reading this, you’re still here. Granted, we may have emerged from the travesty, battered, bruised and bloody, but we’re still here and we may be actually doing okay. All the forgoing has resulted in what we now have, and what I call a “rational market”.

The present market has a certain intelligence to it. Yes dear buyer, I’m talking about your intellect.

If I were pressed to say, the figure would be 40% – 50% that prices fell during the recession. This had some interesting repercussions as so many that bought during the Silly, had to sell during the no-market time of the fall. Fire-sales were the order of the day.

It is natural that a seller will want to, at the very least, recoup his initial investment. During the no-market time here, we worked with many sellers who were essentially going through the various phases of grief: denial, anger, bargaining, depression and acceptance. What it took to get to acceptance required no less than a Masters in psychology on the part of us realtors. But get there we did.

Funny thing, prices now aren’t all that much higher than they were during the recession. The market is firmer (less discounting). Fire-sales are rare and, granted, there has been some upward movement in pricing, But it’s all just so very rational, certainly so when compared with the pre-crash frenzy.

I recently had a fellow ask me to list his 40 hectare (1 ha = 2.48 acres) farm. Let me digress here regarding the word “farm”. Here in Costa Rica we use the word “farm” for “large parcel”. This doesn’t necessarily mean a producing farm such as in other countries. It is a translation of the Spanish word “finca”. Back to my seller: he wanted $2.1 million for his 100 acres farm. Well, my money-loving heart loves to list such a property. The commission on such a sale is compelling. However, my euphoria quickly abated when I realized that the farm was just next to 2 other farms that each measured 20 hectares, so 40 hectares between the two, a direct comparison. This was a rare blessing for a land evaluation. However, the result was that I had to tell the man that he was 300% over market value on his property. The two farms just next-door tallied up to $700,000 ($350k apiece), and one of which was under contract.

I had to deliver this market reality to this seller. I expected that he would take offense, get angry and storm off in a huff, but he didn’t. He actually impressed me with his market-cool approach. He felt that his property was better than the adjoining ones due to its inherent attributes, the primary one being views. Well, this is entirely feasible, and since we had not been able to actually walk the whole thing, I agreed to get together with his caretaker and take a look around. If there are some screaming whales tail and ocean views, coupled with gorgeous mountain and jungle views and lots of usable land, it is conceivable that the price could be pushed up, but I cautioned him that I’d be surprised if it could be pushed up to even touch the $1 million mark, even with soul-touching views.

I relate this experience to demonstrate the intelligence of the market and, inadvertently, the valuable service a good real estate industry brings to the market-place. We filter the market for you. Granted, whereas I’d love to put some sort of benevolent or highly-ethical spin on the situation, really it is a desire to not waste my time. I could be so enthralled with the prospect of the commission on a $2.1 million property sale that I take the listing. The problem with taking a listing that is so far out of the market is that you, dear buyer, aren’t even going to inquire about it. You’re going to do your search for properties that fit your criteria. If you and I are in conversation about your findings and my suggestions, you will likely ask why this one is so much higher priced than all the others.

That is, of course, if you even bothered to ask. The market dictates the value of a given property.  The real estate agencies in The Zone don’t set the values, we just work in the market and listen to what it says.

The previously mentioned rational market is not so quick to jump on the wagon. The buzz is in the air. It is nearly palpable. We are selling lots of properties. But the buyers are observed to be thoughtful (rational) about how they spend.

One of the interesting aspects to the current market is the advent of The Luxury Market. There was a recent sale of a $2.9 million house in Costa Verde. Town homes are selling out in the $1 million range. I recently went to an open-house at a $3.9 million house. I watch as the glass-ceiling on luxury values is getting repeatedly hit. It is showing some cracks and, I feel, will soon come down.

There are some properties here that are constrained by the presence of the glass ceiling. I see this as a time of opportunity for the luxury property buyer. First off, that there are luxury properties now in The Zone is notable. It may sound obvious that such properties are here, but the reality is that this is a relatively recent innovation to our market place.

So, this fledgling luxury market has got some beautiful offerings. Not many, but some. The values on luxury properties in The Zone are constrained by the fact that they are still valued based on the regional market place. The quality of these select properties is commensurate with what other properties in this area have sold for.

So, if we are to look ahead, and if we are to say that the glass-ceiling of the regional market place is going to come crashing down, what will be the evaluator of luxury markets here in The Zone?