I was living in Playa Hermosa, just north of Uvita and working in real estate that was quite active in the zone between Ojochal and Quepos/Manuel Antonio. I worked in the Zone in real estate for about 15 years. I left this Costa Rica chapter of my life due to the premature and unexpected death … Read more

The below article was written on March 7, 2019 and not posted until November 30, 2019 I hear from people who tell me that they have read my entire blog. I find this difficult to believe. When I started blogging (I think this was around 2003), it was recommended that blog articles be around 1,000 … Read more

I’d say that about 1/10th of my time spent with people looking to buy property in Costa Rica’s Southern Pacific zone is spent in the actual buying/selling of property. The other 9/10ths is a mix of conversations regarding what’s involved with living here, as well as discussing the business of real estate in Costa Rica. … Read more 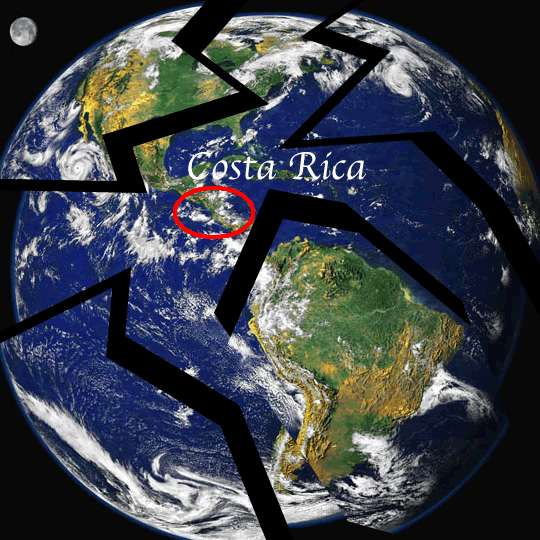 Traveling around the US, the interest in Costa Rica that I encounter is universal. While talking with visitors to Costa Rica, we frequently hear: “everybody is talking about Costa Rica. It’s a real buzz-word in (wherever they are from”. This they say to a guy while there in Costa Rica – to a guy that lives in Costa Rica – while they are discussing the possibility of moving to Costa Rica. Hmmmm, are these statements truly unbiased and objective? My recent travels around parts of the States answers these questions. 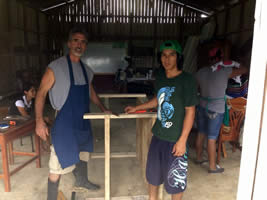 For many of us here in Costa Rica’s southern pacific zone, we marvel at the hub-bub made in Costa Rica information books and websites about the high level of education in Costa Rica. We simply don’t see it.

A course I just took at the good graces of the governmental education agency INA stands in stark contrast with that observation.

The course was being offered free, totally government sponsored, but you had to be a resident. I had to provide a copy of my residency cedula, as well as fill out a form with all my information in it, all of which intrigued me that this course was something authentic. I jumped through the various hoops thinking that I would probably pull out at some point.

Long story short, I didn’t – I did the course – and I’m a better Guy because of it. 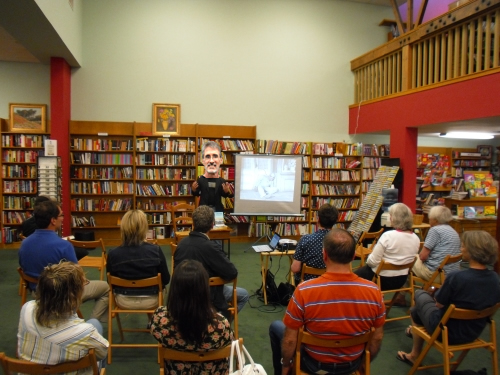 My mother had been diagnosed with

An article by Jack Ewing

Ben’s note: Jack Ewing & I have known each other for years and have worked together off and on with various projects. I regard him as one of the preeminent authorities on the history and ecology of the area. Jack is the owner of Hacienda Baru eco-tourism lodge and canopy zip-line tours. From his position as a cattle rancher in the ’70’s to reforestation mentor and eco-tourism expert now, his experiences here in Costa Rica span and catalog some of the astounding changes that have occurred in this “second” world country.

Jack is also one of the most notable authors for The Zone. His book “Monkeys Are Made of Chocolate

” is recommended reading for anyone with an interest in Costa Rica and especially the southern zone. Standard reading in most vacation rentals and hotels in the area.

I am delighted to have Jack come on as a contributing author to the Guys in the Zone blog. In this first installment you’ll notice that there isn’t anything about real estate, but it has a lot to do with life here. We are on a rapidly “progressive” tangent here in Costa Rica and this account really helps to show some of the contrasts in amenities over the years, some so dramatic they could be deemed revolutionary. I especially appreciate how Jack’s account begs the question: “how do we really define “progress”?

Back in the late 1980s we still didn’t have telephones in the coastal communities, and we were just starting to do some bird watching and ecological tours at Hacienda Baru. The lodge didn’t exist yet. For booking the tours we shared an office with a travel agency in San Isidro and communicated with them by radio. One day I was at the phone company in San Isidro, which was also the electrical utility, seeing about getting an extra phone installed in the office. The whole process should have taken about ten minutes, but we kept having power outages.

I have a thing I do on a personal level that I call my “Toucan Test”. It is my personal test for determining whether I’m becoming jaded to Costa Rica’s uniquely raw and wild beauty. It goes like this: when I see a toucan, do I take note of it? In other words, do I react with a “ho hum, just another toucan” – or do I still marvel at this extra-ordinary bird that defies design logic here with appreciation?