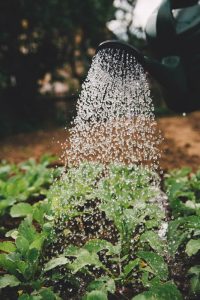 One thing you get used to, living in Costa Rica, is that there is really nothing constant but change. There have been some rather profound changes here as of late, not in laws, but in the application of existing laws regarding water.

The current catch is that, if you buy a piece of raw land, this is to say a property that has no house on it, and if you want to build on that property, you will need to obtain a building permit. The municipality will not grant you a building permit if you cannot certify that you have legal water.

You will notice throughout this article, the use of the term “legal water”. This is to be differentiated from “actual water” (my choice of words). This will be explained as you read through this article.

The legal options right now are as follows:

That’s it. Those are the two possibilities. You will need to provide documentation to one of those (ASADA water or a concession for a private source), in order to get a building permit.

This has been a rather interesting change in things here in Costa Rica’s southern pacific zone and throughout Costa Rica. For many here, in times passed, the thought of legal water didn’t even enter into the picture. The presence of actual water did. In the past, it has sufficed to provide a picture of myself standing on the property alongside an open valve with water gushing out of it. At that time, this would be sufficient for “proof of water” satisfying the attorney handling the deal. Now we need to provide “proof of legal water”, a document. Again, not a new law, just the decision to enforce a law that was written into Costa Rica’s code in 1942.

Previously, water would be gotten from anywhere. Some would simply run a pipe from a neighbors spring, or if a pipe happened to be running down your road, you’d go out and cut a “T” into it and you’d have your water. Water was abundant and the thought that someday we’d actually get to a point where the sale-ability of a property was denied due to the issue of legal water was inconceivable.

But, here we are. I have personally now lost one deal, due to no legal water. Yes, there was actual water but no legal water. Also, I am almost to the point of contacting my various sellers to say that we may have to take their properties off of the market until this thing gets sorted out. I say “almost” since I’ve still not got my head completely around the situation. This is probably a matter of accepting the reality, so I’m working on it, this acceptance thing. (See below for a couple of possible work-arounds for this problem.)

What “sorting” would it take? Well, let’s take the La Guágara water system. This is an enormous water system that feeds around 400 properties in the mountain rim of Uvita. There are 5 hotels on the system (by my count) and numerous lots and existing houses. The existing houses and hotels are not impacted by this issue because they are already built and so don’t need a permit.

But there are still lots of lots and farms (large parcels). The entire system is illegal. The use of that word “illegal” feels a bit heavy. This is the way nearly all rural water has been provided in all of Costa Rica for many years. I prefer the use of the word “rogue”. The residents simply would find a water source somewhere nearby, tap into it, run a pipe and voila! Done. Such is the La Guágara system.

Underscoring the weight of the water situation here was a meeting called on Saturday, July 21, 2018 by a group of attorneys. They invited a number of us local brokers & engineers to discuss the situation. The objective of the meeting was to band together to speak with one substantially louder voice than just the individual developer or broker or attorney complaining to the municipality (muni).

Since that meeting my days have been filled with discussions with lawyers, engineers and other brokers. There is quite a bit of complaining going on and fault finding with the muni’s way of handling things. The primary complaint is the standard “they just want money”. I suspect that there is some truth to this. However, I’ve got a spin that leans towards the sympathetic for our poor, beleaguered muni (hah!).

The muni started indicating in clear terms that this day was coming some years back. They did not draw a hard line at that time due to the profound, and possibly devastating, effect of this requirement for legal water in an area of nearly all rogue systems. Consequently, they allowed for a work-around solution that we have called “the affidavit”. They buyer of a given lot or farm would simply sign a legal document at closing that would state that they (the buyers) would tie into a legal water system when it was made available.

This was a liberal stand on the part of the muni. It was also foreseeable that they could stop being such (liberal) at any time. It was for this reason that I would always encourage my clients to promptly apply for their building permit after closing.

The La Guágara system has been working for years to comply with the local ASADA’s standards of pipe sizes and wall thickness of those pipes, as well as some design requirements. The residents that benefit from the water provided by this (and other) systems have simply not done what is necessary to bring their systems into compliance.

So now they are drawing the hard line. 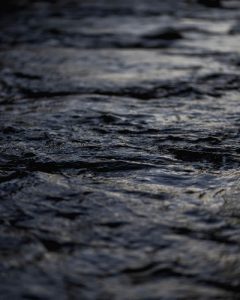 sellers that we have to take their property off the market until things are sorted out. Developers of multiple-lot developments are being hit hard. There is a lot of money in the balance here and so consequently, I feel, that there must be an imminent solution. Some say I’m overly optimistic.

The use of the affidavit resulted in a lackadaisical attitude on the part of us realtors and developers. We had a work-around that worked, so there wasn’t much impetus to take on a big job that was also costly and that requires cooperation (perhaps the most difficult) amongst large numbers of foreigners from various countries around the world.

Now we’ve got some impetus.

One work-around that is being used is the construction of an artesian well. This is a hand-dug well. These vary in depth but obviously have a limited scope for how deep they can go. These are literally hand-dug – guys with shovels digging a cylindrical hole until they hit water. They then line the hole with cement cylinders and there you have it. A concession-able water source. The land owner will have legal water with this concession but use actual water from the rogue system they are tied into. If the land-owner is lucky enough to have a creek or river nearby, they can concession that for their “legal” water.

The cost of an artesian well will range from $3,000 – $5,000. The concession will run around $1,200 for whatever option: well, spring or surface (river) water (these costs are as at this writing and, I suspect, subject to change).

So, as stated, some say this is all about the muni and the ASADA just trying to get money. Another way of looking at it is that the specter of what is happening up in the Guanacaste province looms large. As the population of Costa Rica’s southern pacific zone grows, proper administration of its oh-so valuable water is a must. Sure, there is lots of water here. It just simply needs to be administered properly. We are in the growing pains of this 2nd world country (is there such a term?) as it strives to learn from its past mistakes and move intelligently into the future.

* AyA is the big boss of water in all of Costa Rica. There are regional branches of AyA in areas of Costa Rica that are called ASADAs. The ASADAs all defer to the authority of AyA.