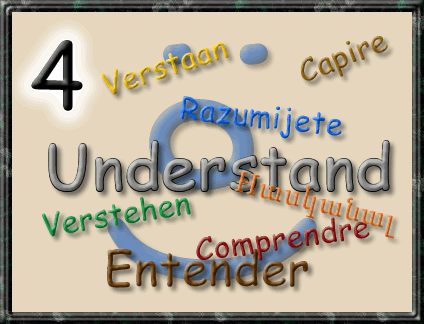 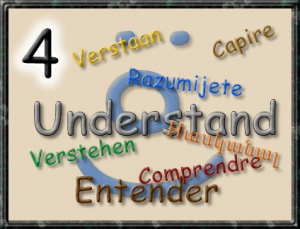 This article can serve as a stand-alone read, but if you’d like to read the preceding, sequential articles in this series, please click for: Part 1, Part 2 and Part 3. The scope of these articles starts roughly in the 1970’s up to the present.

The idea here is that we are living in, working in, visiting or whatever – a foreign land. In this context, the word “foreign” can be understood to be synonymour with the words “learning curve” to the prospective buyer. Your chosen real estate agent can be a tremendous help with the curve (key-phrase “can be”).

This blogger is a real estate agent. I am writing this series for the above stated purpose. There is no satisfaction in selling a property to a buyer who’s eyes are not wide open. Costa Rica is a delightful and enamoring place. But is it right for you? Maybe. Let’s see.

Up till now we have considered some of the early conditions of real estate in Costa Rica’s southern Pacific zone. This is from a time when property here in Costa Rica essentially didn’t have a dollar value. It was a given that a family would have property. They would have either inherited a large piece of land, or they would take advantage of a land-grant program with the Costa Rica government, or they would arrange to buy a property at, what by today’s standards, would be considered a pittance.

We have arrived at the year 2007. The market is at an irrationally high
level. There are no more under-$100k ocean view lots. We did the count-down of those and now have to say that ocean views start at $125k. Then this went on to $150k. The demand for properties was high.

Despite being pre-Facebook times, word seems to have gotten out to the world’s investors about the hot market in Costa Rica’s southern Pacific zone. Investors were showing up with $1 million in their pocket, wanting to buy a finca (large parcel). Our answer? “There are none”. At least, none in the area around Dominical, the then center of commerce & society. There were no more properties of the caliber of Escaleras and Lagunas.

The next mini-frontier was Uvita. And Uvita held a lot of promise. At that time, Uvita was comprised mainly of an excellent soda called El Viajero, and La Naranjita, a pulperia. If you are not familiar with these terms – a soda was and is a typical Costa Rican restaurant, although it wasn’t a “restaurant” in the legal sense. There was a distinction made between the two, and I suspect, still is. Restaurants charge tax and sodas don’t. Sodas all had/have a similar menu. Restaurants vary.

A pulpería is/was the neighborhood store. These were frequently just a person’s home where they had dedicated the front, street side of their home to stocking general wares for sale to the public. You could acquire rice, beans, toilet paper, rubber boots, aspirin, a hammer etc…

Nearly every block in Costa Rica at that time had at least one. Someone would simply hang out a shingle and stock these things and they would then become the local source for life’s necessities. They would also become like a switchboard operator of all the local gossip. There were usually chairs out front, where you could sit and shoot the breeze.

My thought on this is that the ubiquity of the pulpería was due to people not having cars. They had to be able to walk to where they bought their staples. As the number of cars has increased over the years, the demise of the pulpería has resulted. The town centers now feature the Costa Rica equivalent to Big Box stores. Pulperías are now rare.

Anyway, Uvita had one of these and it was all there was for miles around for acquiring such things, so it was a good one.

Due to the influx of investors chomping at the bit to buy large parcels, their inquiry had a repeating response – go south. You could stand on the corner of the one intersection of Uvita on any day, and watch the realtor’s cars, with investors, first driving down the coast, and then later on in the day, back up the coast. There were lots of large parcels south of Uvita, down past Ojochal and on down to Palmar.

I surmise that there were roughly 18 months of the “finca grab” period. A time when the large parcels on the southern edge of the zone were snapped up, and rather high figure sales were taking place. The prices were cheap for what you got, but the properties were large. The investors were determined. The crazy gains on investment that happened in The Zone were sure to continue, even if they bought on the fringes, or extremities, of The Zone. There were some rather questionable buying decisions made during this time.

So what we’ve got now, just as the recession is becoming a reality is a market of some houses, some lots, and lots of fincas in the southern regions. Oh, and it should be mentioned that the area north of Dominical, between Dominical and Quepos had some appealing parcels as well, but they were on what we called “the road from hell”, as that stretch was unpaved. I used to joke that there should be a car mechanic, a dentist and a psychiatrist on both ends of that stretch. Your car would be in tatters, your teeth loose, and you needed therapy. It was those conditions that pushed us to use the PanAmerican route over the Cerro de la Muerte as the primary path to San Jose.

Then came the crash. It seemed to have a delay on it here in Costa Rica. We heard about the abrupt effect of the fall of the U. S., and then by extension, the world’s economy, but we were still doing business. In looking back on it all, it seems that this same lag applied to the “recovery”, later on. We heard about the recovery but didn’t see it for about a year after hearing reports of it.

The recession days were the time of the “there is no market here” statement. My then partner Rod and I would dutifully go to our office in Uvita and be open for business. If anyone walked in during the day it would be a seller. The seller would inexplicably be unaware of the fact that there was no real estate market here in The Zone, and so they would list their property with us.

How to price a property in a no-market market was the hot topic of the day. The general technique employed by the sellers was to take what they paid for the property, consider the expenses of selling, add a little bit for negotiations and voila! you’ve got your price.

This is where we observed the cycle-of-grief in practice. Absolute DENIAL of the fact that their property was worth considerably less then what they paid for it. This simply could not be. Many of our sellers had bought during the irrational spike just pre-recession. The crash was well named as the actual value of their property had declined, almost overnight by 40% – 60%. IMPOSSIBLE!

Well, our task was to enlighten these sellers – or not. After denial comes anger. The anger part of the cycle was no fun, so we would prevaricate, and position ourselves in whatever way possible to avoid it, even at times simply accepting a listing at the irrational value established by the seller.

For the more insightful sellers we would at times get backed into the corner of having to tell them the actual value of their property and then have to deal with the results of telling the truth.

The funny thing is, we look back on those days with fondness. Those were oddly some good times. There was a sense of community amongst the realtors as well as just the community at large. We would hear stories of the travails of various investors. Investor groups with their feet-on-the-ground guy here in The Zone putting the pressure on him/her to make it right. Working together in the various situations that presented themselves with what we now know the outcome to be: we survived, but I wonder sometimes at how we did it.

I was funding the running of my office from my own personal means. The landlord of our office was sympathetic as he too was experiencing the brunt force of the recession. So we could negotiate and bargain for various arrangements to keep the doors open and the lights on for one more month.

There were a few times when I would enter the office and say to the crew – yes, there were several of us meeting there and working whatever diverse angle on anything we could find to do – I would say “if nothing happens this month, it will be our last”. Then, something would happen. An anomalous sale, or some other thing that would result in funding for yet another month.

In the next installment, I will outline some of what I did to get through the recession and then continue up to modern times.