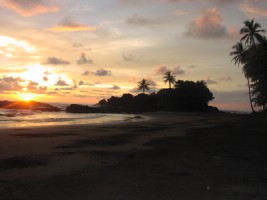 The year that I arrived here with my family. There just weren’t that many Gringos, or foreigners of any flavor really, in Costa Rica’s southern pacific zone. Many of the foreigners that were here shared a similar idea. Land was so cheap that you could buy several hectares (one hectare = 2.47 acres) of land, cut off a piece, and sell it for nearly what you put into the whole piece. I used to call this “The Costa Rican Formula”.

If you think back over any real estate cycle anywhere on planet earth, lets say San Francisco, or Denver, it started out with families owning large tracts of essentially valueless land.  Governments typically gave land away at this stage of the cycle.  Homesteading laws had some rather liberal restrictions that, if followed, enabled a family to take possession of the large tract of land.  These families then used the land to live on and sustain themselves.

Costa Rica real estate was in that part of the “the cycle” a surprisingly short while ago.

I say this to help establish the paradigm here.  We are early in the cycle.  The majority of my career has been selling raw, undeveloped land.  To this day there isn’t a large selection of houses, but there are getting to be more all the time.  We are simply heading into that phase of the cycle.

“The Costa Rican Formula” is the obvious way to develop and make money on land.  Buy a larger piece, cut it into smaller pieces and sell them.  It is so obvious in fact that it enjoys a very brief period of the real estate growth cycle.

For the purpose of this article, I’m not writing about big developers that buy and develop large parcels. I’m referring to your normal joe, back in the day, slopping into an 8-ish acre piece of land.  Then, they find out that they can cut off 3 of those 8 acres and bahdah-bing bahdah-boom, they own their 5 remaining acres for free. 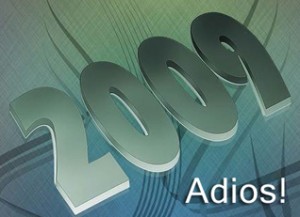 The old adage “When you love what you do, the money will follow” proved true in 2009.  The end of the year found activity picking up noticeably.  Three excellent deals

Yesterday I made the trip up to San Isidro de el General to take care of some things. I was to meet Rod and Lindsay for lunch at “Mexico Lindo”, an amazing genuine Mexican food restaurant there, run by a bona fide Mexican Armando and his lovely wife. I have known them for years and used to frequent their little taco hole in one of the off-the-beaten-path streets of San Isidro years ago. Now they are located right on the central square and my, how things have changed since those days of long ago. I don’t think that there was a single empty table there, and at least 50% of what I heard was English – my, how things have changed.

Running the gauntlet of greetings as I made my way back to Rod and Lindsay, I looked up to see a couple who are particularly good friends, but that I have not seen for awhile. I greeted them with something like “how are you guys doing in this new world in which we live?” (reference to the economy), to which they responded, “what is going on?”. Working in real estate provides one with an interesting position in life. I didn’t realize it for a long time, but it is now clearer than ever. This industry is at the very foundation of life. We all need to live, play, and work somewhere. I received the above question in an e-mail from one of my clients just yesterday, so I heard the question a total of 2 times over the course of the day, and that wasn’t an unusual day.

Here’s what I think

We have lost a lot of buyers due to the economic crisis. We are gaining some buyers that we wouldn’t have otherwise had. It may look something like the graphic there to the left. It means a slow down for us here in Costa Rica, but not death. I have a client/friend/partner that is a high output kinda guy. I’ll call him Steve, a lawyer in Florida. He purchased a piece of land from me 3ish years ago. Subsequent visits have given us the opportunity to forge a friendship. Steve had a plan.

Steve LOVES Costa Rica. This is home to him. Every visit here confirms it to him. He just needed to get the ducks all lined up in a neat row prior to making the move. This is a common scenario. Life was fine. Plans were being made. Then, it all changed.

Wouldn’t it be nice to have a crystal ball that you could rely on to foretell what was going to happen? In the present “down” condition of the world’s economy, everyone is guessing what is going to happen. If one were to guess correctly, there is no doubt some opportunity out there. It is interesting to hear Nobel laureates in the media using the now well worn phrase “we’ll see”, ad nauseum.

I am having daily discussions on the current state of the market with regards to Costa Rica real estate. I suppose that my position in the Costa Rica land marketplace makes my opinion of value to some. But really, nobody knows what it is that is going to happen. There are just so many factors at play now. But, having said that, I’m going to stick my neck out and make some concrete predictions about what we’re going to see here in Costa Rica’s southern zone.  But my prediction disclaimer remains in force… we’ll see.

Perhaps the most common question I hear in recent months is: “how has the recent economic downturn in the U. S. impacted real estate in Costa Rica?”

As a broker of real estate in Costa Rica, I work with investors from all around the globe as they search for their property in Costa Rica. In working with these people I get to hear what their concerns are and watch how they respond as they learn and experience the Costa Rica real estate marketplace.

One of the San Buenas Golf Resort (SBGR) partners is Duane Halverson, retired COO from the well known dairy company “Land ‘O Lakes” in the United States. Duane and I have struck up a rather unlikely, synergistic relationship that has resulted in some pretty interesting dialogue: Duane being a long time, firmly anchored, North American business executive, entrusted with the financial well being of a large U. S. company (he also sits on the board of numerous other corporations there in the States), and me being a jungle tromping real estate agent in the wilds of Costa Rica.

Click here for part 2 of this article. Our main web site www.Dominical.biz has a sort of Dominical-centric perspective to it, and so it is from this vantage that I view things here. Its kinda funny though, this perspective, because really, what the heck is Dominical? It’s a fun question. People travel here like they … Read more