The old adage “When you love what you do, the money will follow” proved true in 2009.  The end of the year found activity picking up noticeably.  Three excellent deals

There is a new law that has now quietly come into force in Costa Rica.  It is being called the “Luxury House Tax” or a facsimile thereof. I now have it on good authority that there is mass confusion about this law by the few that have even heard of it. I am one amongst … Read more 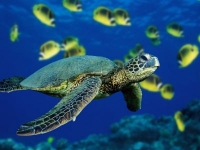